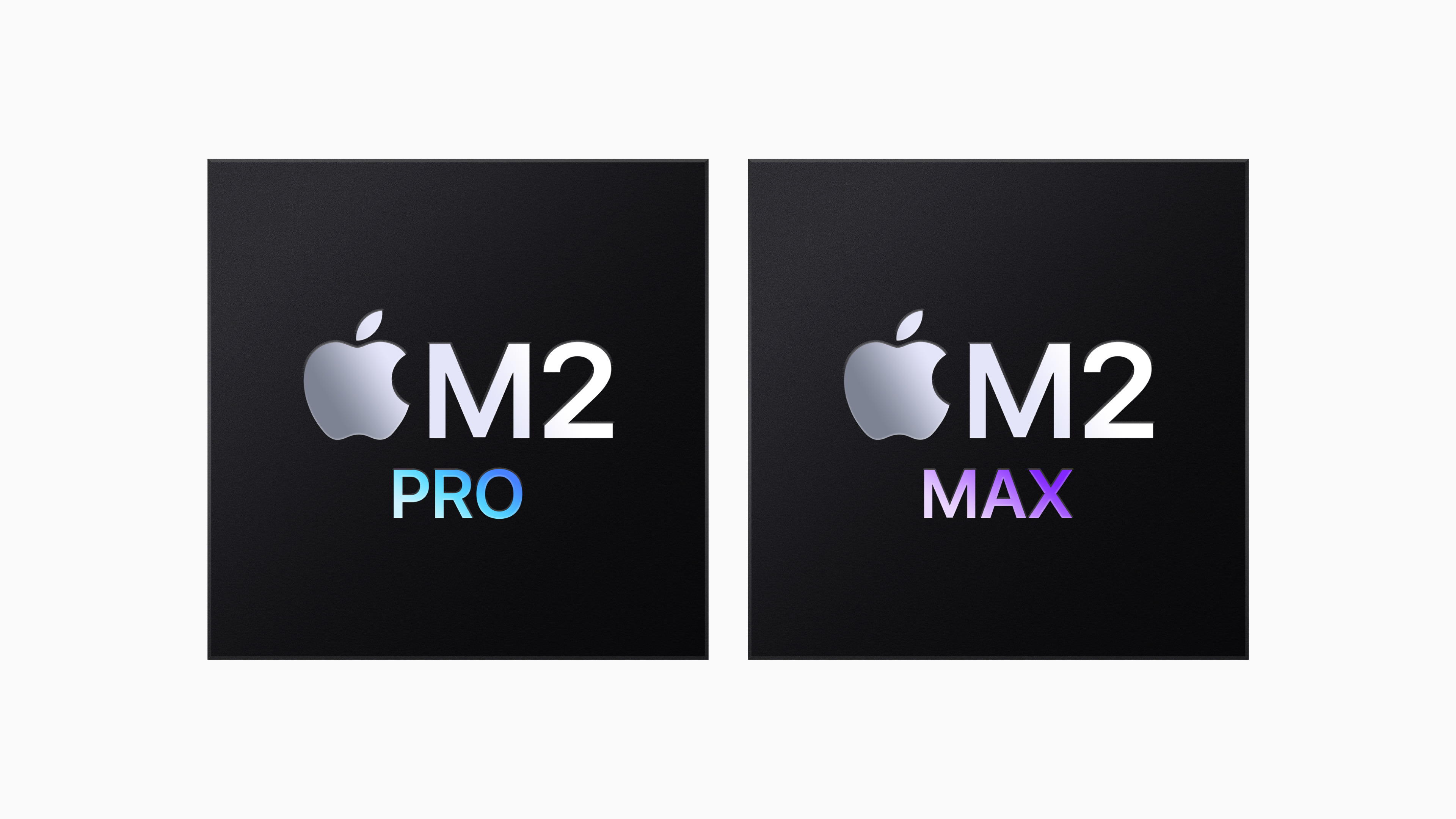 Today’s embargo day for Apple’s new M2 Pro and M2 Max MacBook Pros, as well as the M2 and M2 Pro Mac mini, but last week David Price wrote a column for Macworld that has been bugging me all weekend.1

Let’s start at the top. After giving a recap of the Apple silicon transition to date, Price writes:

It’s hard to stay excited for two and a half years, especially when the start was so strong. There was a noticeable leap forward once the MacBook Air was released from the constraints of Intel’s underpowered Y-series processors, as noted in our review of the late-2020 model that called out its “dramatically better performance and battery life,” and conceded that “the hype is real.” The same was true for the M1 Mac mini and 13-inch MacBook Pro.

But that progress hasn’t been sustained. There’s nothing wrong with this week’s releases, but they’re incremental speed bumps rather than big steps forward. Perhaps the initial M1 speed bump was exaggerated by the eccentric or overcautious choice of Intel chips towards the end of the companies’ relationship, and like Intel and AMD, big gains only come around once in a generation. Benchmarks will likely show decent-enough gains, but this week’s Mac announcements felt as formulaic as they did during the Intel years.

This is always the case when it comes to processor transitions. When Apple moved from PowerPC to Intel, Apple got to throw around graphics like these:

By the time the 2008 iMac and MacBook Pros rolled around, Apple wasn’t able to claim “2x faster” and “4x faster” with a straight face.

To be fair to Price, he’s not the only one with takes like this. Look no further than the description under MKBHD’s review:

It’s an (impressive) bump instead of a quantum leap.

Let’s get back to this Macworld article:

It’s a bit of a giveaway when Apple compares the performance of the M2 Mac mini to the four-year-old Core i7 model rather than the M1 because this year’s gains are much less dramatic. The hoped-for jump to a 3nm manufacturing process hasn’t happened, and as my colleagues discuss in this week’s Macworld podcast, the new MacBook Pro and Mac mini models remain way behind PCs equipped with Nvidia GPUs on gaming performance and features. Apple silicon isn’t a panacea for the Mac’s limitations and was never likely to be.

I agree that Apple comparing the new M2 Mac mini to the old Intel machine is playing to the strengths of the transition, but most people aren’t going to be upgrading from an M1 Mac mini to an M2 model, so I’m willing to forgive it.

(Also, like, dude. Nothing is gonna fix gaming on the Mac.)

What’s harder to forgive is the obsession over process size that has taken over so much tech reporting. I actually blame Intel’s stagnation and inability to move to smaller processes, not to mention that different companies define their processes in different ways.

Did Apple want to be at 3nm for the M2 lineup? Probably, but given that nothing else in the Apple silicon lineup is using a 3nm, it wasn’t likely that the M2 was going to break the mold, especially mid-generation. Rumors had indicated otherwise, but it doesn’t seem like it’s come to pass.

The truth is almost no one in the real world even knows what process sizes are, and the M2 is doing just fine in terms of efficiency and heat output as it is.

The weight of those expectations is likely to be accentuated when the Mac Pro arrives sometime this year. The latest rumors suggest that it won’t have the M2 Extreme chip as rumored but rather a slightly faster M2 Ultra with a 24-core CPU and 76-core GPU and slots for storage, graphics, media, and networking cards (but not memory). Apple silicon will allow Apple to upgrade it more frequently, but when you go from a $50,000 machine that absolutely trounces everything in its path to one that’s maybe 20 percent faster than the Mac Studio, it’s hard to get all that excited about it.

Even though I am looking forward to the new Mac Pro, rumors about it don’t really impact how I — or anyone else — should feel about the Mac mini or MacBook Pro.

And while the new Mac Pro will almost certainly be cheaper that the current model, the move to Apple silicon has clearly, and some might say predictably, not resulted in lower prices across the range. Most notably, the M2 Mac mini brings that line closer to its original budget conception, but most Apple silicon Macs have either kept the same price or gone up. The new MacBook Air starts at $200 more than it once did, the 16-inch MacBook Pro is $100 more than its Intel predecessor, and in territories outside the U.S., prices for most models have gone up rather a lot.

Was it always likely that reduced manufacturing costs would fail to translate into lower prices for consumers? Yes. Should we have realized by now that corporations exist to maximize profit, not to make their customers’ lives better? Yes! But does the lack of meaningful price drops undermine one of the biggest hopes of the Apple silicon transition? Also yes.

Apple has always had bonkers margins and inflation is a problem around the world. I’d love for all of these computers to cost less, but only part of that is within Apple’s control. The company may not be writing big checks to Intel anymore, but Apple is now paying for the R&D of these chips and paying TSMC to produce them. Don’t get me wrong; I’d love to see prices come down, but I don’t think Apple silicon was ever going to do that in a notable way.

Next, we see that Price has somehow missed the last few years’ worth of news:

But perhaps the biggest problem with the Apple silicon transition is the fragmented and disorganized way Apple has handled it. While the M1 Mac mini arrived in November 2020, its costlier Intel sibling hung around for more than two years. After the 24-inch iMac arrived in March 2021, the 21.5-inch Intel model stayed on shelves until October. The Mac mini, which was in the first wave of M1 releases, didn’t get the M2 until seven months after the M2 MacBook Air arrived. And after a tease last March, we’re still waiting for the Apple silicon Mac Pro. Altogether you’ve got a recipe for confusion and disappointment.

The move from Intel to Apple silicon was supposed to last “about two years,” in the specific words of Tim Cook. We’re coming up on 31 months since that promise—or 26 if you measure the transition starting from the launch of the first M1 Macs. Apple only just removed the long-in-the-tooth Intel Mac mini from its store and the Mac Pro is still saddled with aging Intel chips.

Here’s quick rundown. We’ve had a global pandemic that derailed massive parts of the international supply chain. Sorry for the spoilers.

It’s not clear why the Pro has been left until last—the wait hardly inspires customers to spend a fortune on such a high-end machine when its components are so obviously outdated—or when its Apple silicon upgrade will finally happen, but the whole process has definitely taken longer than it should.

The Mac Pro was last in the move to Intel, too, according to this random blog post I found:

WWDC 2006, SAN FRANCISCO—August 7, 2006—Apple today unveiled the new Mac Pro, a quad Xeon, 64-bit desktop workstation featuring two new Dual-Core Intel Xeon processors running up to 3.0 GHz and a new system architecture that delivers up to twice the performance of the Power Mac G5 Quad. With advanced performance, greater expansion, higher performance graphics options and unprecedented customization, the newly designed Mac Pro is the ideal system for the most demanding user. The introduction of the Mac Pro marks the completion of a rapid and seamless transition for Apple, with the entire Mac family now using Intel’s latest processors.

The Mac Pro is going last this time for the same reasons it went last in 2006:

Price wraps up with this:

All this isn’t to say switching from Intel to Apple silicon hasn’t reaped huge dividends. It was obviously a smart decision, but what started as a “huge leap forward for the Mac” has turned into a slow stroll. As Apple continues to sporadically roll out chips and confuse customers with a mixed-up range of options, it’s getting harder to feel the magic.

Speak for yourself, bud.