The 14- and 16-inch MacBook Pros have been bumped to the new M2 Pro and M2 Max chips. Apple even put together a short video with all the news:

The specs for these new machines are just bonkers, with up to 12-core CPUs, 38-core GPUs and 96 GB of unified memory. Here’s a bit from the press release:

Apple today announced the new 14- and 16-inch MacBook Pro featuring M2 Pro and M2 Max, Apple’s next-generation pro silicon that brings even more power-efficient performance and battery life to pro users. With M2 Pro and M2 Max — the world’s most powerful and efficient chip for a pro laptop — MacBook Pro tackles demanding tasks, like effects rendering, which is up to 6x faster than the fastest Intel-based MacBook Pro, and color grading, which is up to 2x faster. Building on the unprecedented power efficiency of Apple silicon, battery life on MacBook Pro is now up to 22 hours — the longest battery life ever in a Mac. For enhanced connectivity, the new MacBook Pro supports Wi-Fi 6E,3 which is up to twice as fast as the previous generation, as well as advanced HDMI, which supports 8K displays for the first time.1 With up to 96GB of unified memory in the M2 Max model, creators can work on scenes so large that PC laptops can’t even run them.4 Rounding out the unrivaled features of MacBook Pro are its renowned Liquid Retina XDR display, extensive array of connectivity, 1080p FaceTime HD camera, six-speaker sound system, and studio-quality mics. 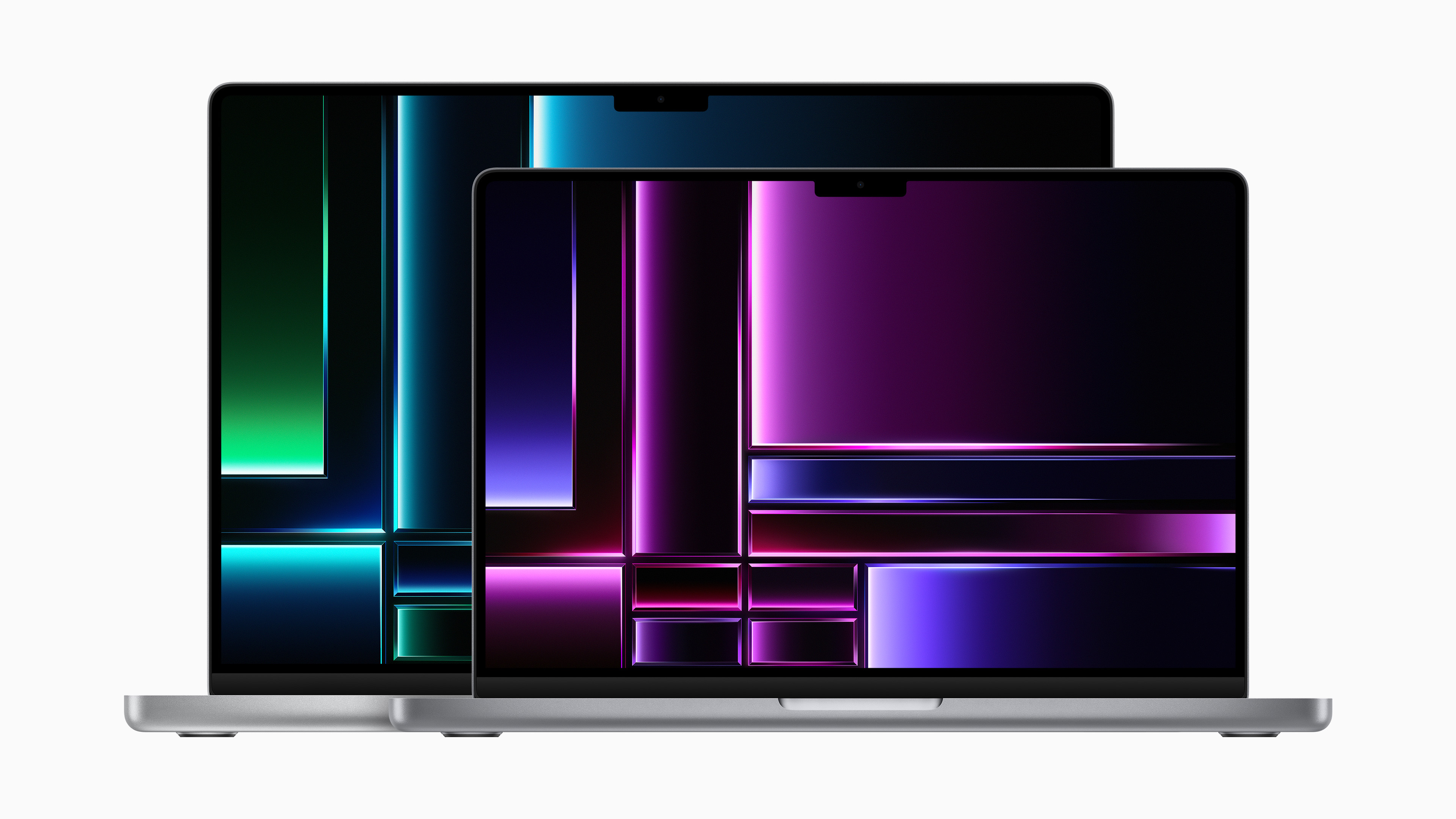 The new MacBook Pros come in the same excellent designs Apple unveiled back in October 2021.

On the desktop side of things, the Mac mini was updated to the same M2 system on a chip that first shipped in the new MacBook Air and some other computer in June 2022. The new system starts at $599, but the bigger news is that Apple has also shipped a Mac mini with the M2 Pro. That machine starts at $1,299 with a 10-Core CPU, a 16-Core GPU, 16 GB of unified memory and 512 GB of storage. 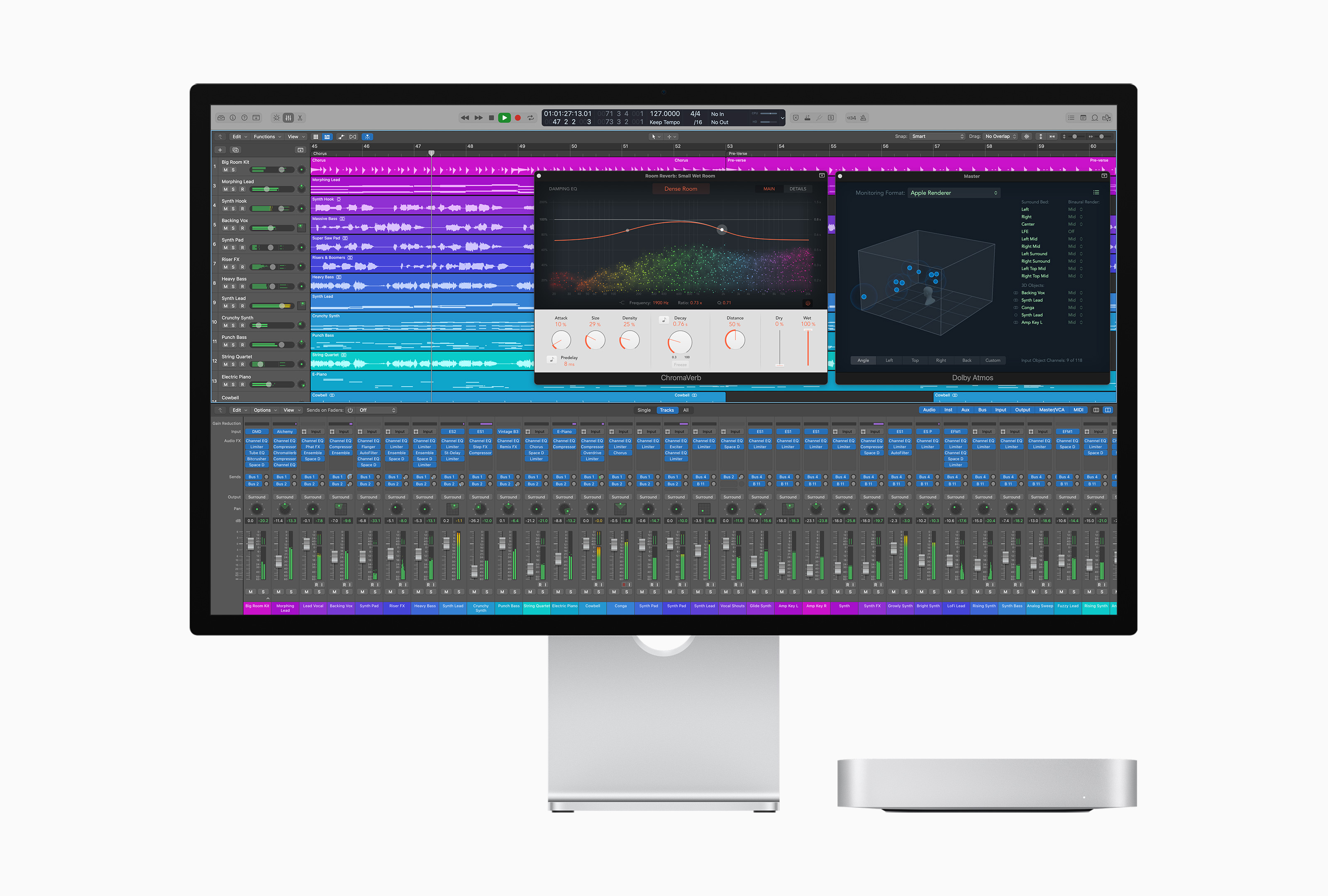 Notably, the M2 Pro Mac mini has marked the end of the line for the 2018 Intel model, which was on sale until today. It always struck me as odd that the M1 Pro only ever appeared in the MacBook Pro, so I’m glad to see the Mac mini get the M2 version.

Like the MacBook Pro, the new Mac mini ship starting January 24. While we wait, we can all bask in these ridiculous numbers: 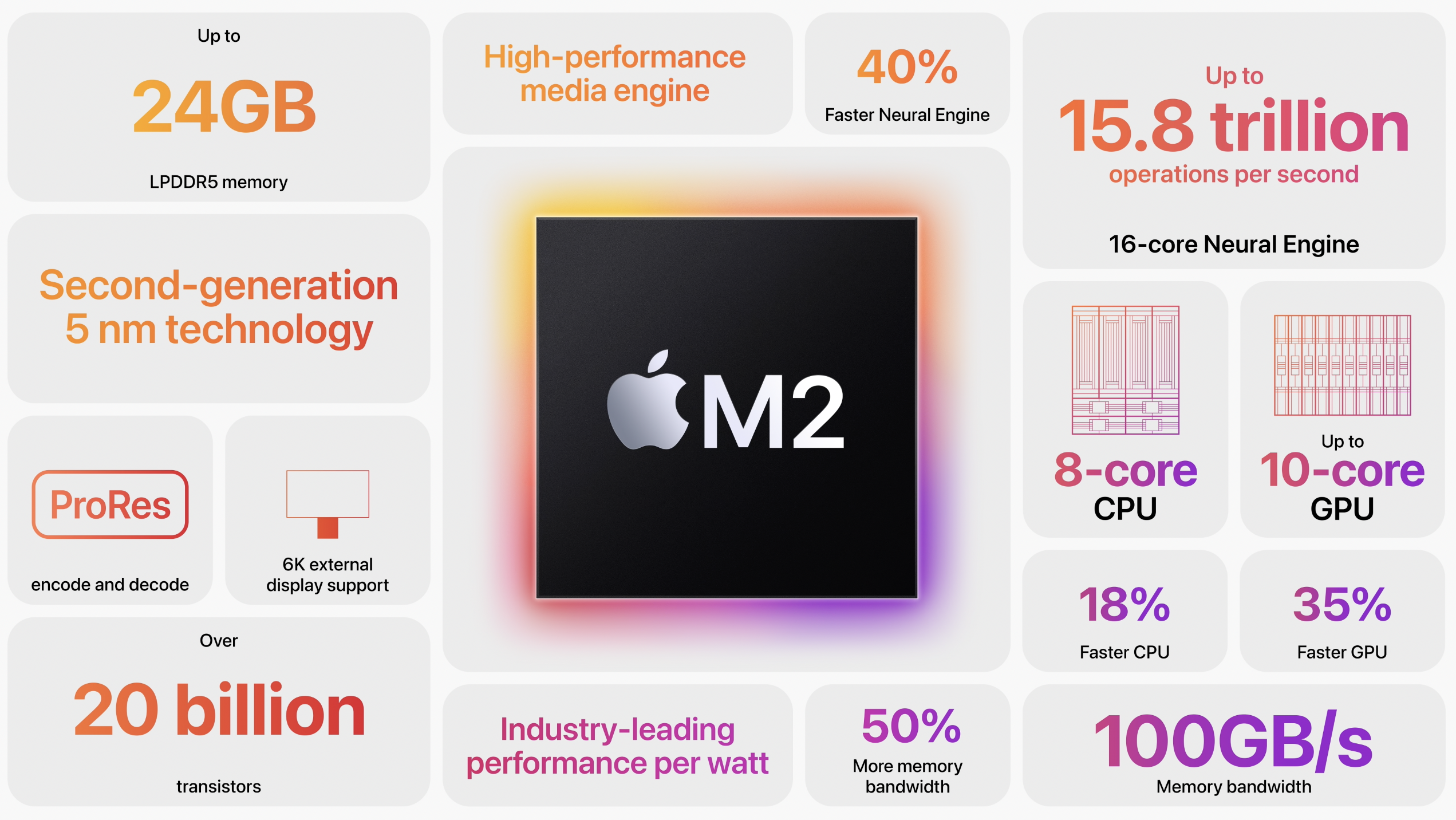 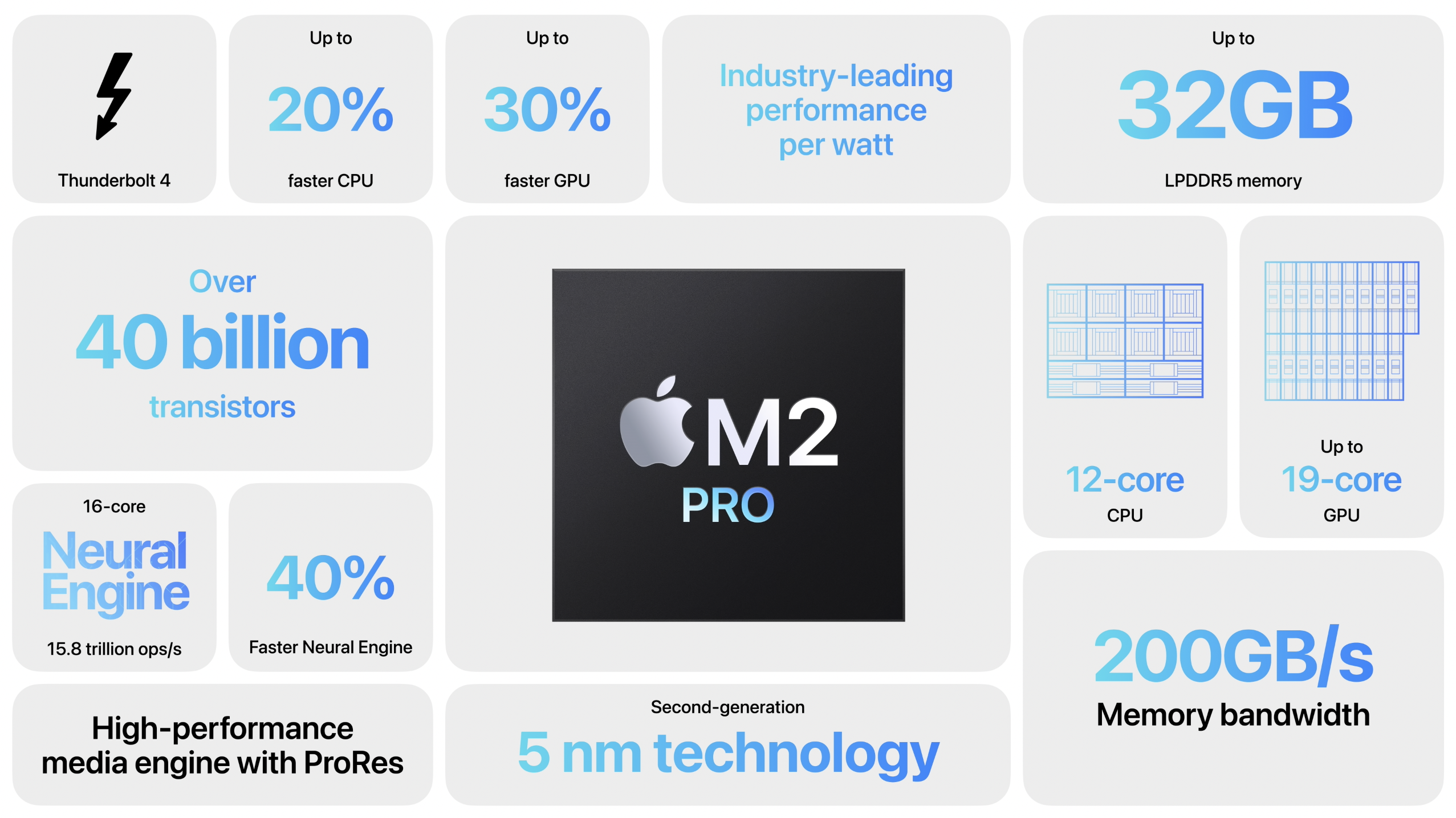 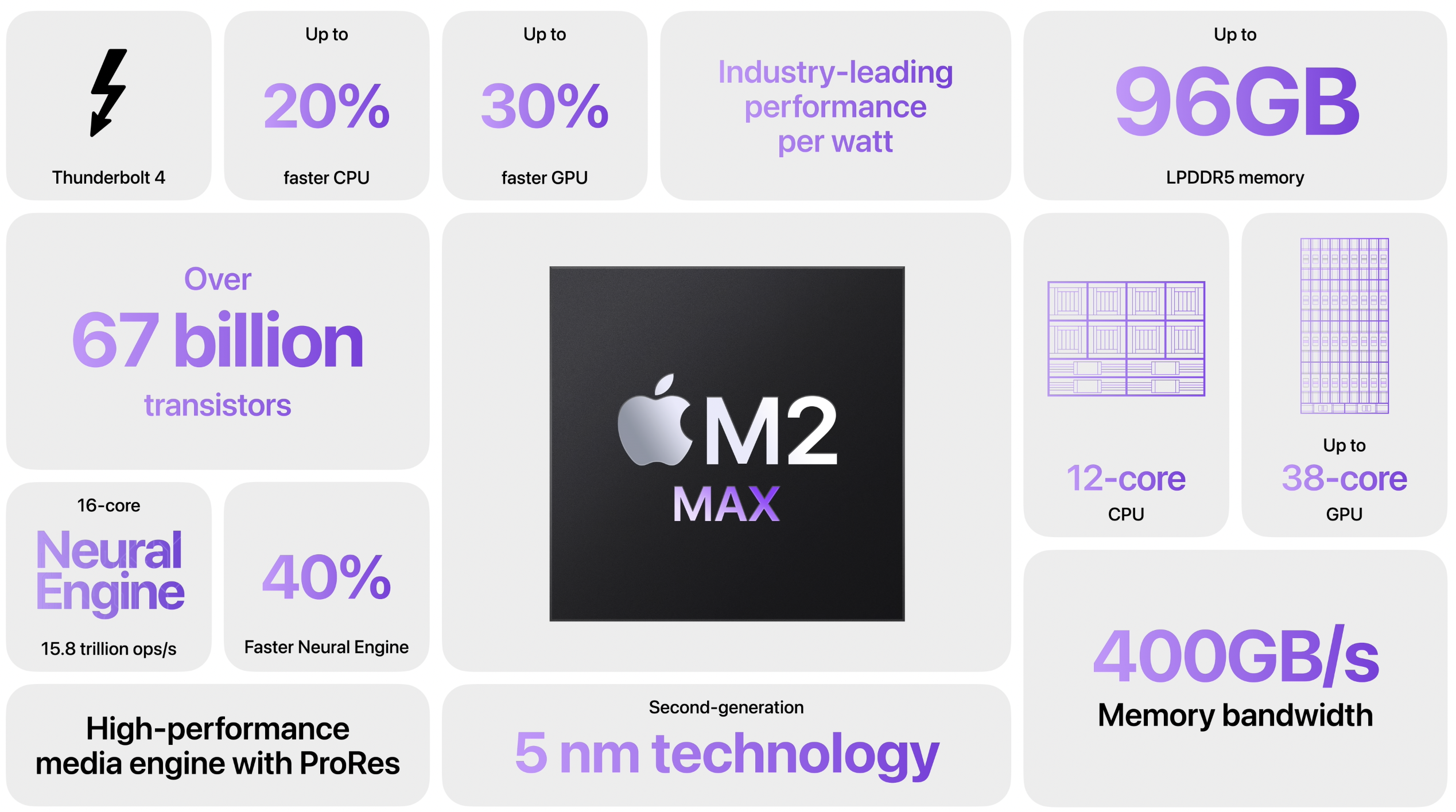