For years, Apple has sent new Genius hires to its Infinite Loop headquarters in Cupertino, or sometimes an auxiliary campus in Austin or Atlanta, to receive hands-on training for up to three weeks. Recently, however, Apple appears to have stopped offering these group-based trips, according to people familiar with the matter.

Apple’s off-site Genius Training program has been replaced by an in-store, self-guided experience using company-provided reference materials, according to a source. The training now involves watching web-based seminars through the Apple Technical Learning Administration System, or ATLAS, another source said.

I went to Cupertino for my training in October 2007. While I am confident that the experience has changed in the intermediate decade, I can say that the two weeks I spent in California were well worth it.

Apple’s training space is on Bubb Road, around the corner from the Infinite Loop campus. Inside the front doors stood a Genius Bar that we used exactly zero times during my training: 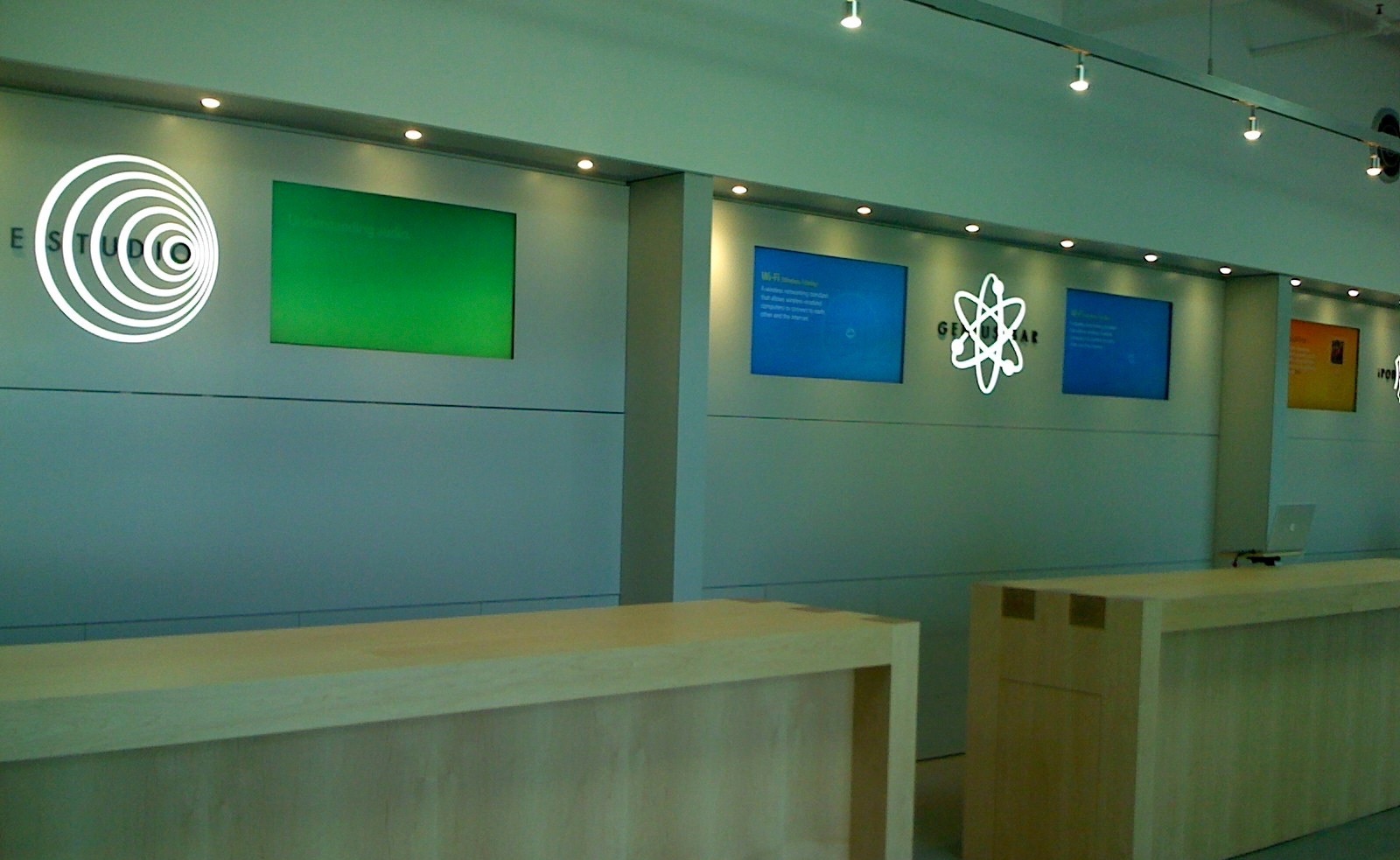 (Wow, the iPhone camera sure has gotten better over the years.)

Beyond the fake Bar were a couple of large classrooms with movable tables where we spent ten days in class. My two-week course was split into several segments.

We spent five days on software then took the software exam on Friday. I had already been helping the Geniuses in my store, so this was a bit easier for me than the subsequent hardware training and exam.

At Bubb, I discharged my first CRT and took apart my first aluminum iMac. I learned how to organize screws as you take something apart in a way that is logical, something I still do today around the house.

I’ve uploaded my class notes here if you’re interested in what a 21 year-old Stephen thought was important to remember. I took them on a Clamshell iBook G3 because the hard drive in my PowerBook had given up the ghost like two days before my trip. I got some looks lugging that thing around.

There was also time dedicated to learning GCRM, the system Apple was using then to manage repairs and device swaps. I have a folder of 44 PDFs generated from that part of the training alone.

We also spent time role-playing and learning customer service skills. The Genius Bar works best when it is staffed with nerdy people who are also good at talking to and dealing with actual humans.

All of that software and service training can easily take place in Store. Apple’s repair certification program is more complex than it used to be, so I wonder what repair training looks like without a lab full of Macs dedicated to being taken apart over and over. Will Apple Stores keep practice Macs around? Will it be all hands-on training with another technician?1

Beyond all of it though, getting to go to Cupertino2 was a real mark of pride for myself and other Geniuses. It made me feel like I was part of something much bigger, and much more important, than just my local retail store.

The first morning, we got to go to a meeting inside Infinite Loop with Ron Johnson, the head of Apple Retail at the time. We got to eat at Cafe Macs and enjoy the surrounding area on the company’s dime. I happened to be there for the Mac OS X Leopard launch Beer Bash, and it was a ton of fun.

Getting trained in the back of a mall store doesn’t include all of that, and I think it’s a bummer to see it go away. I’m sure getting rid of these trips is just another budgetary or logistical decision to come out of “new Apple,” but I am glad I got to do it.