There’s no way around it, the name “iPhone 11 Pro Max” is a bit of a mouthful. For a company that is so good at marketing, this is far from Apple’s first awkward product name.

Of course, over time these things settle down. I remember groaning at “MacBook Pro” in January 2006 when the PowerBook’s successor was unveiled, but now we don’t think twice about it.

There are some other examples that have come to mind for me:

Over its 11 year existence, the Apple IIe was on sale longer than any other Apple computer (Mac or otherwise) without a major change.

The IIe Enhanced is one of the few changes to the machine. In March 1985, Apple revved the machine, swapping in the 65C02 processor, clocked at 1.023 MHz. The chip had been found in the smaller IIc, and Apple was hoping to make software support more uniform across the line.

By appending “Enhanced” to the name, Apple did a good job at signaling that this was just a better Apple IIe, but it seems a bit kludgy today.

In a very non-modern-Apple move, the company sold upgrade kits that let users upgrade — and even re-badge — their Apple IIe machines into Enhances models.

The SE/30 is one of the most beloved Macs of all time, but its predecessor, the Motorola 68000-powered Macintosh SE received a revision before the famous upgrade to the 68030.

The SE FDHD included support for 1.44 MB floppy drives, up from the 800 KB diskettes SE users were stuck with. Hence “FDHD,” which stood for “Floppy Disk High Density.” 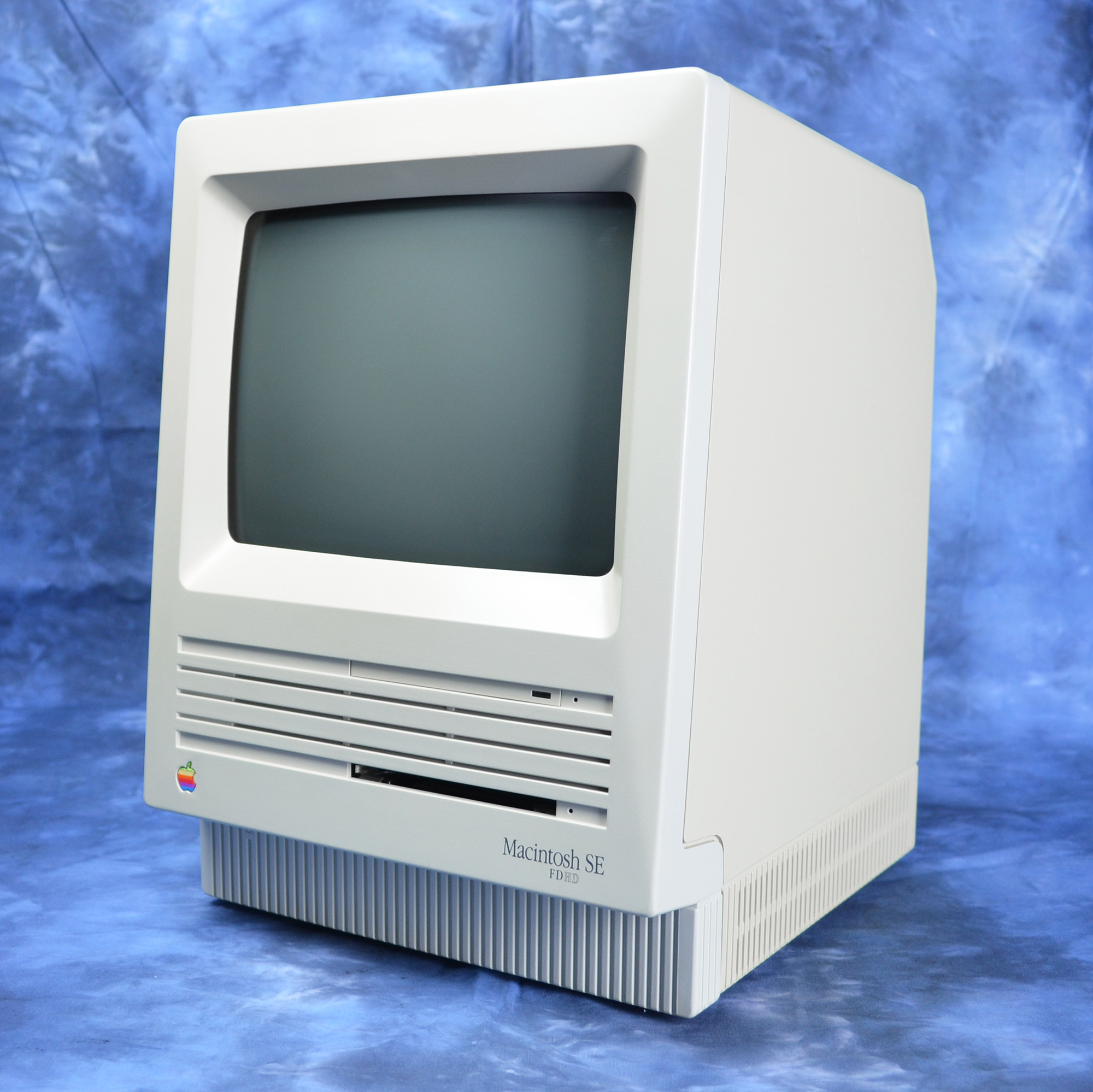 Siri, heat up some alphabet soup for me.

In the 90s, Apple had a line of scanners dubbed the “OneScanner” line. Just look at this beast: 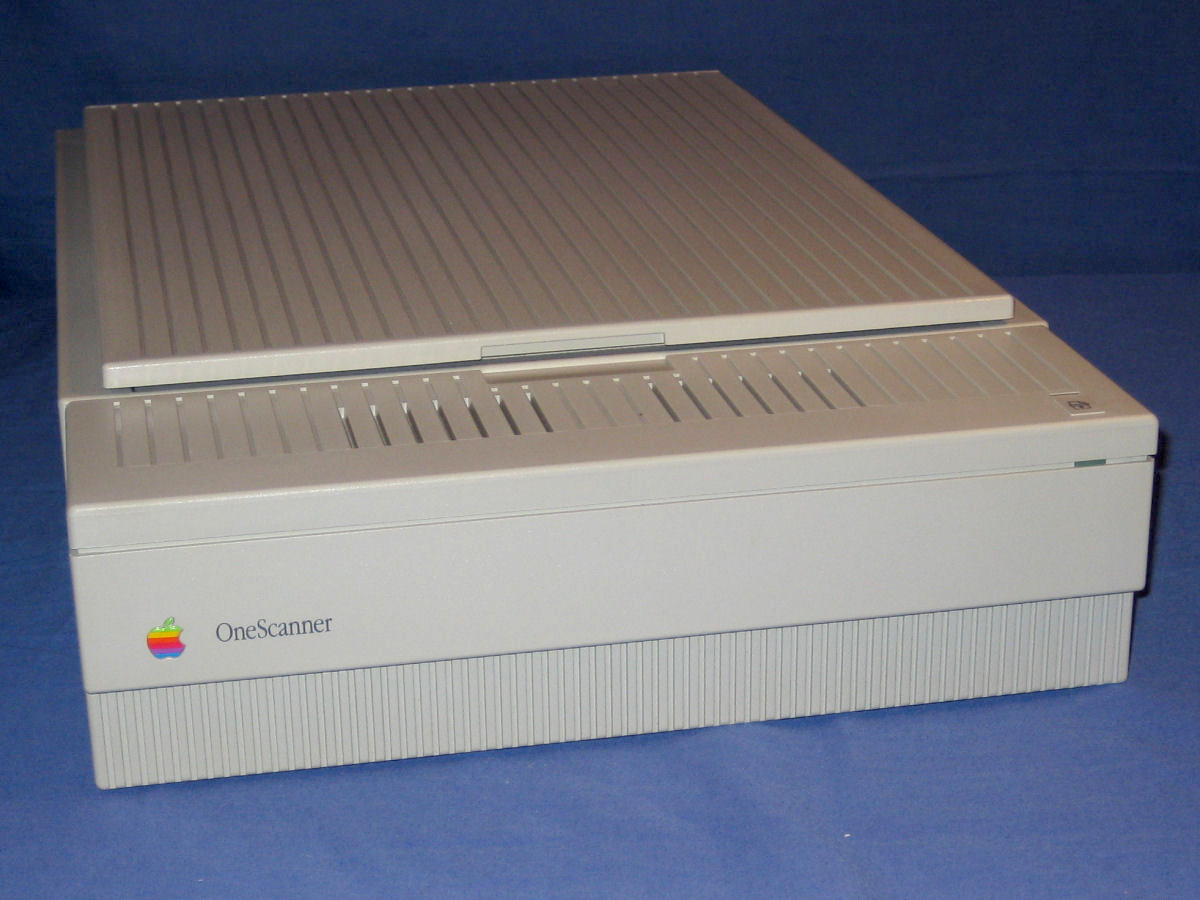 The Performa line was a family of low-cost Macs borrowed from other product lines, made slightly worse, bundled with software and sold in places like Sears and other big-box stores.

The names of these machines are all long and some of them are downright awkward. Check out the full list on Wikipedia for more details, but you can see they got worse over time:

This just sounds like Microsoft product, but it’s not. The Workgroup Server was based on the still-cool-looking Quadra 950, but with a digital tape drive coupled with faster internal SCSI. 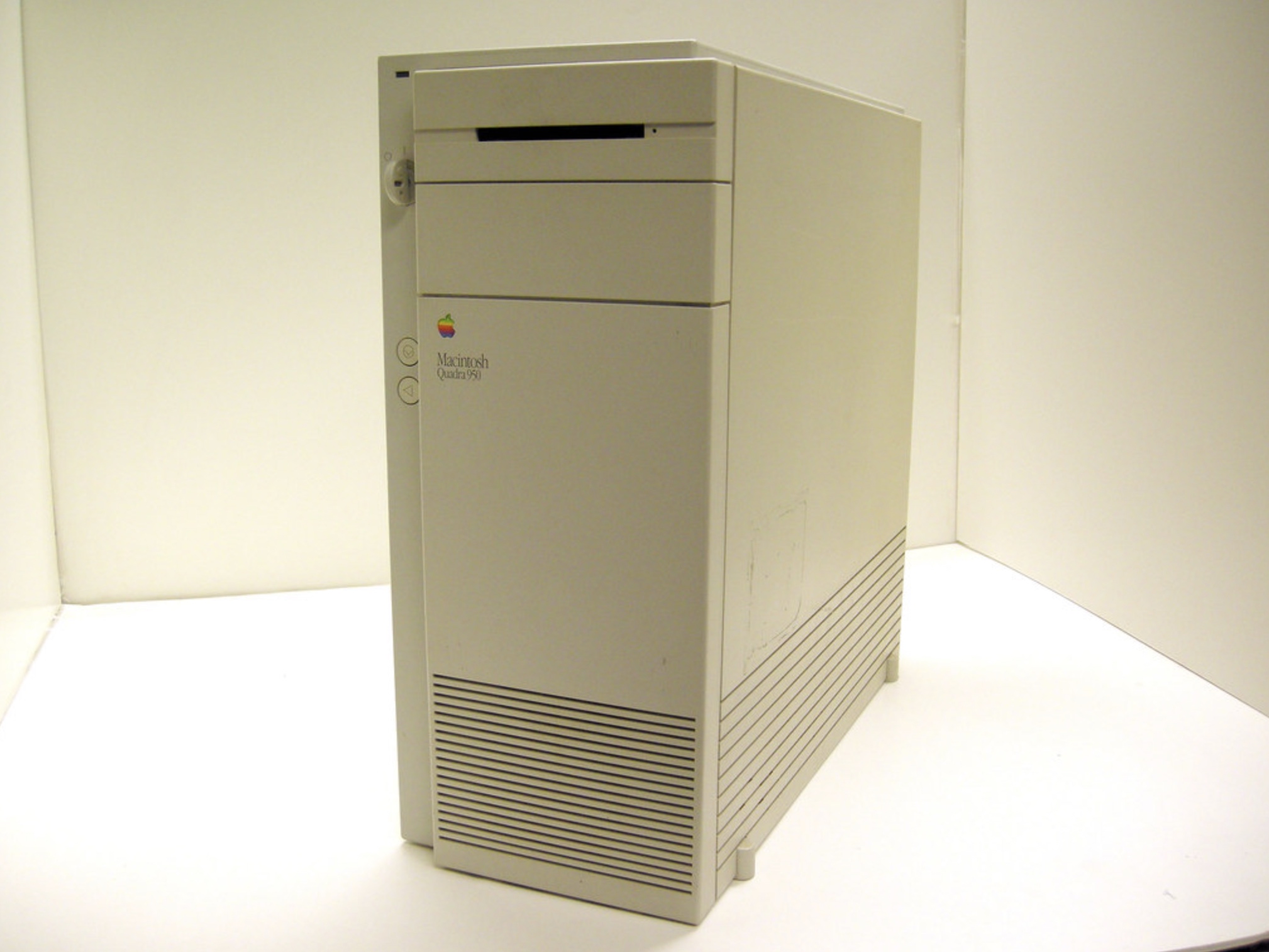 The Workgroup Server ran A/UX in addition to Mac OS, which is a story for a different time…

Eschewing the traditional “Plus” spelling found on a couple of Apple II and Mac models,3 the LC III+ used the mathematical symbol, right in its name.

The main difference between this and a regular LC III was a faster 33 M MHz Motorola 68030 CPU, as opposed to the 25 MHz part found in the original machine. An optional Floating Point Unit could be added, and the machine did come wrapped in a slightly nicer case.

Why this wasn’t the LC IV, I’ll never know.

The Apple Industrial Design Group was a team within Apple tasked with taking the company’s design back in-house after Apple split with Frog Design, who had worked on the famous “Snow White” design language.

I own a set of the original speakers: 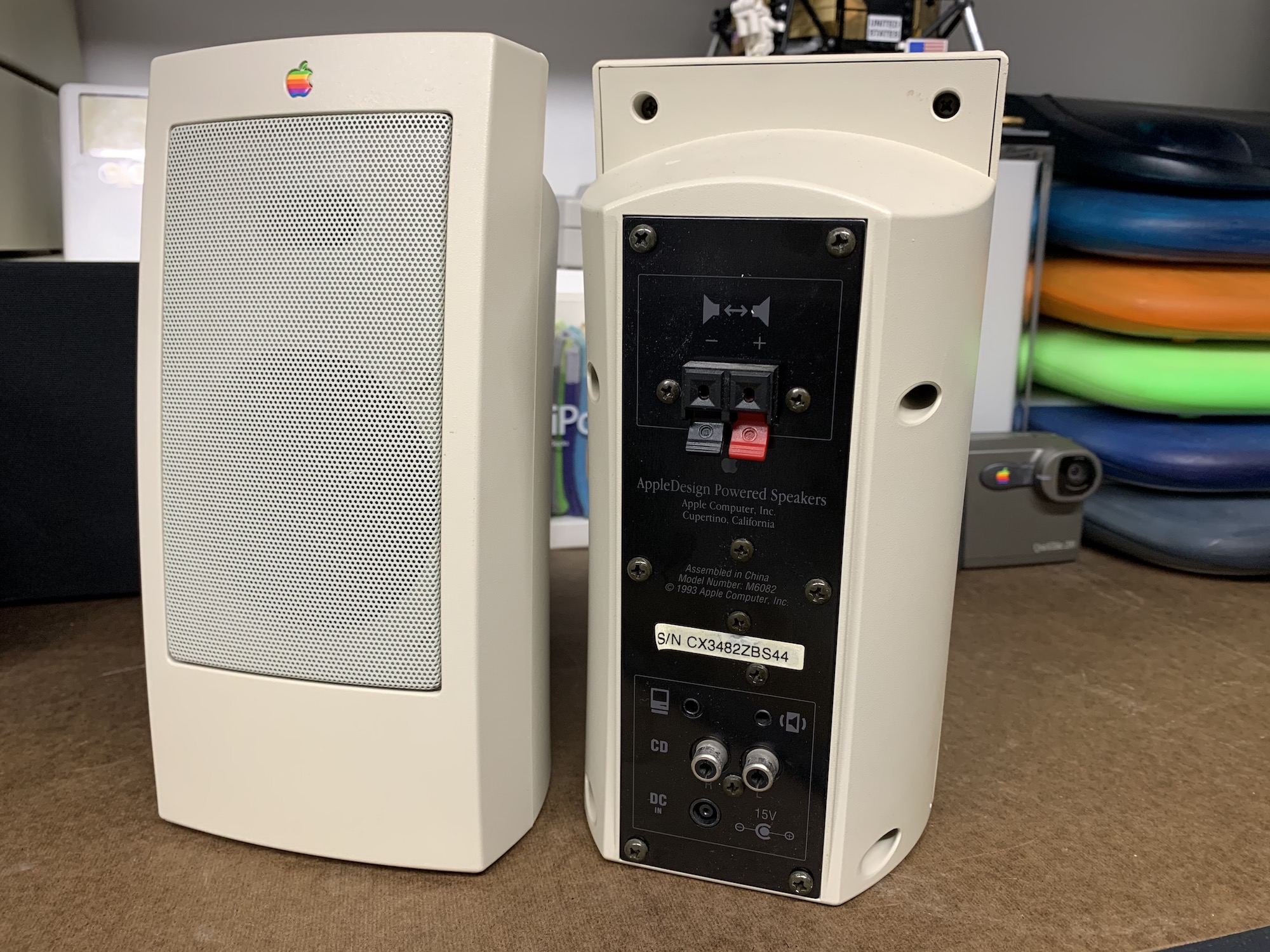 Don’t miss the tiny Macintosh logo on the back.

Related to these speakers is the PowerCD, a redesigned and re-badged desktop CD player by Philips. While I like the name PowerCD, it feels a bit over the top.

With a name like this, you would think that this notebook was the first to ship with a PowerPC processor, but you’d be wrong. That honor goes to the ill-fated PowerBook 5300. 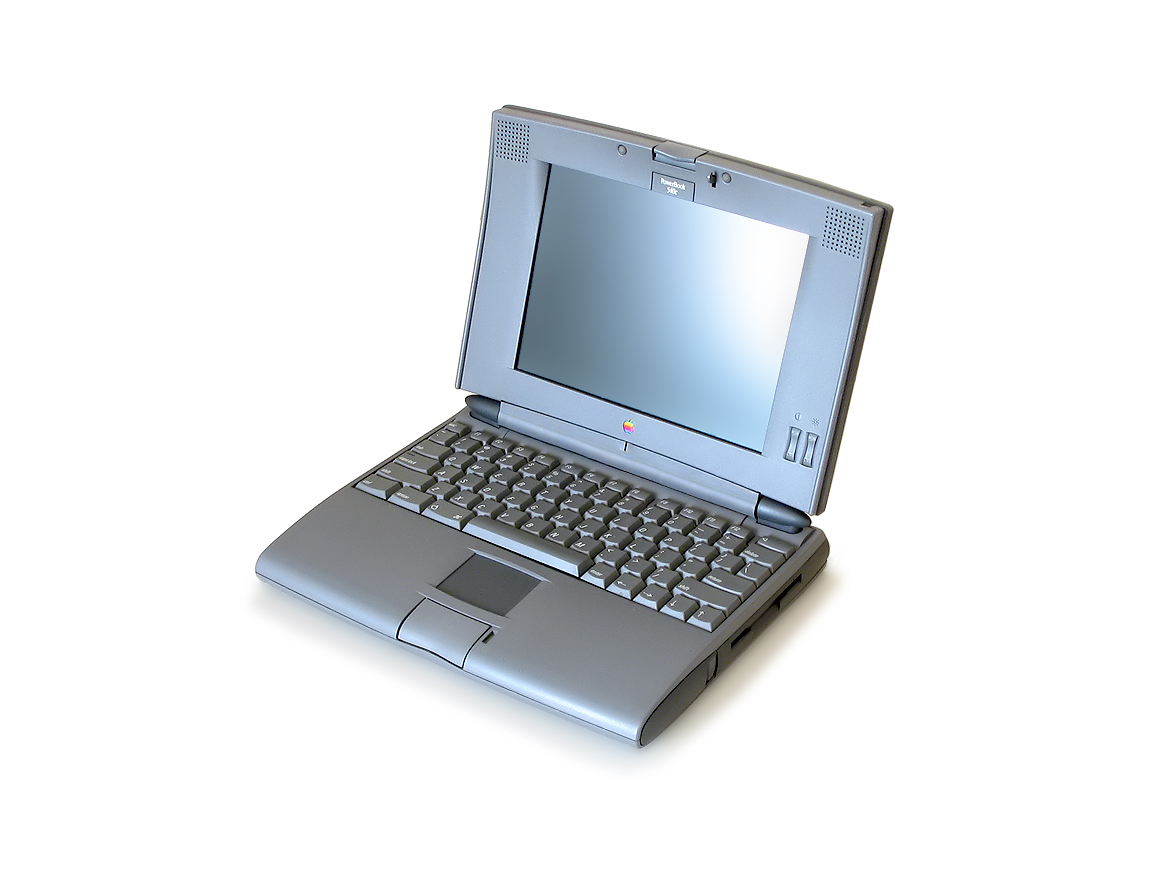 image of a PowerBook 500c via Wikipedia

This machine wasn’t sold for very long, but it’s exact end-of-life date is not known.

The QuickTime Video Conferencing Camera came with the short-lived QuickTime Media Conferencing software. This obscure little bit of history is preserved for us by The New York Times:

But if Apple Computer and other industry players are right, this could be the year video conferencing finally lives up to its promise. At an industry trade show in San Francisco last week, Apple announced a new software technology that has the very real potential of driving down the cost of personal video-conferencing equipment, while solving some of the problems that have nagged this talking-heads technology since it first arrived on personal computers a few years ago.

Apple’s new video-conferencing technology is called Quicktime Conferencing, and is one of two extensions that the company plans to make by mid-year to the Quicktime video component of the Apple Macintosh software operating system.

Mr. Shriner was referring to the fact that Quicktime Conferencing will do more than simply let two computer users view each other’s faces as they speak. Its Shared Window is an on-screen work space in which the two or more users can work on the same document simultaneously, each making notes the other can see, while cutting and pasting from other files. The face-to-face conversation, meanwhile, takes place in a separate window.

I’m sure it worked super well.

Like the PowerBook 500 with PowerPC, this line’s name would indicate it was the first PowerBook with a G3 at its heart, but it wasn’t.

The early days of the PowerBook G3 line are messy, and worth exploring in a future article, but the original G3 PowerBook was pretty much an older PowerBook 3400 with new guts.

The PowerBook G3 Series was actually a range of notebooks, available with 12.1, 13.3 and 14.1-inch displays. They were completely build-to-order, thanks to Apple’s fancy new-at-the-time WebObjects-powered website.

These machines were on sale for four months before Apple killed off the 13-inch model and standardized features across the 12 and 14-inch machines. The smaller of the two then slowly faded away, too.

Best I can tell, this is the only time Apple has used a Mac’s product name to indicate the product is part of a wider family. After this, screen sizes were just a detail on the check-out screen.

For 1999, the humble iMac line was expanded out into a line of Good/Better/Best products, each with their own name. At the top of the line was the iMac DV SE, short for “Special Edition.”4

While not quite the jumble of letters the aforementioned SE FDHD was, I’m not sure how widely understood this was. For most people, it was the Graphite iMac:

Apple’s series of displays have been plagued with some weird names as well. Here are a handful beyond the confusing “Apple Studio Display” line of the early 00s that included both LCDs and CRTs: