For months, Software Update on both of my Macs has listed “Final Cut Pro Content v1.0” as ready to install, but trying to run the update doesn’t clear it from the list of available updates. On my Mac Pro, it appears twice which is extra fun:

In the past, I would have used the ignore flag for the softwareupdate command to hide these updates and just move on with my life, but in Big Sur, ignore has been removed, which is frustrating in situations like mine.

To help clear these errant updates, I uninstalled Final Cut Pro, which made Software Update forget about the updates, but reinstalling Final Cut brought them right back.

There is a “Download Additional Content…” command within Final Cut Pro, but selecting it just brings up the same-old problem. Here, my Mac is trying to download both of the listed packages:

Just like when manually run, they never actually install and return to the list of available updates.

Googling the name of this package brought me to this page on Apple’s website. The text on the site matches what’s in Software Update, and the size of the package almost matches:1

This update adds the following content for use in Final Cut Pro:

This update is recommended for all users of Final Cut Pro.

The weirdest thing on this page is the published date, which is June 21, 2011. The update requires 10.6.7 or higher, which my machine definitely meets.

Assuming System Preferences was just broken, I downloaded the package from that support document and ran it manually: 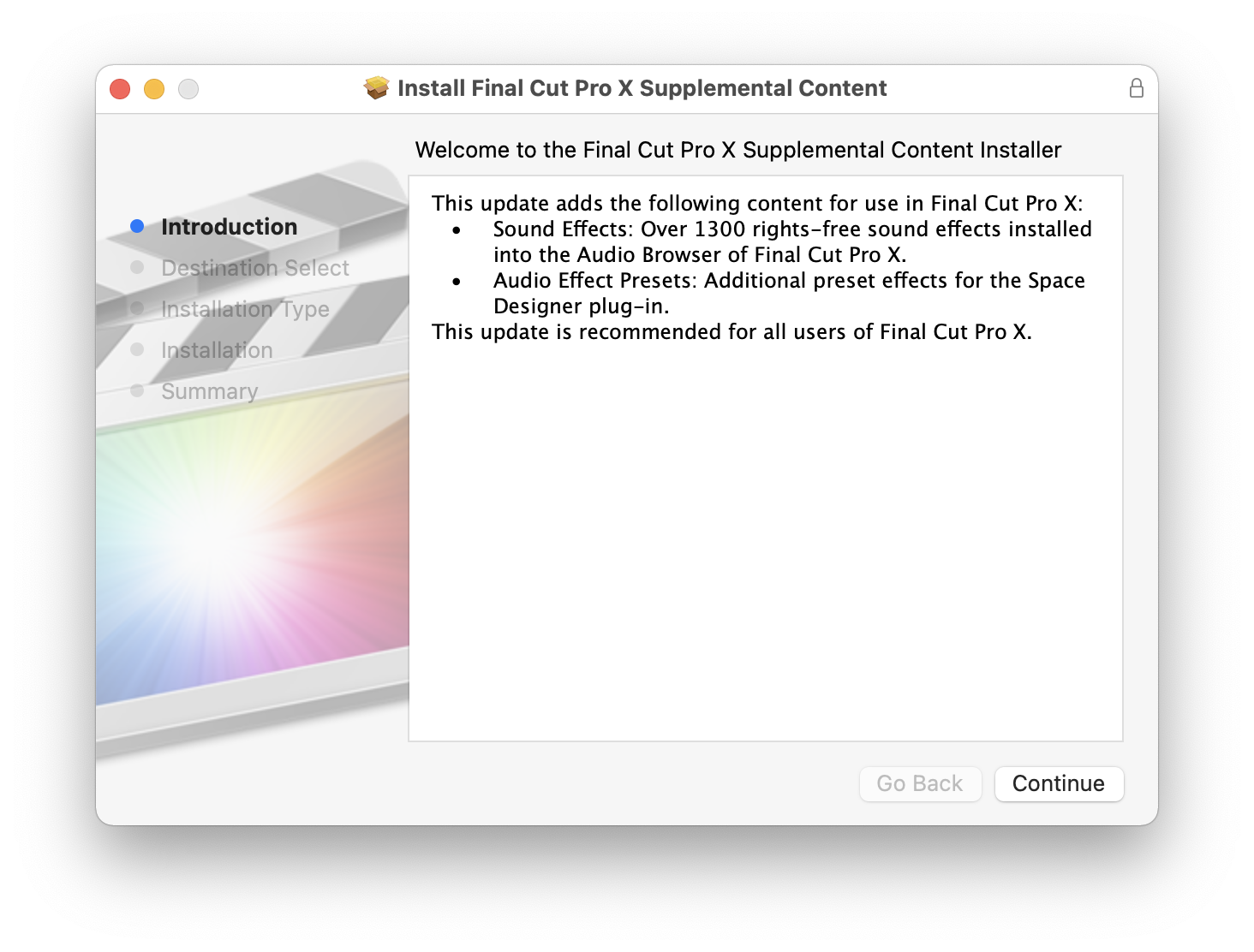 Update: After getting a helpful email from a reader, I have seem to have fixed this by deleting this folder: Macintosh HD/Library/Applicaion Support/Final Cut Pro/Library/Content and re-running the update. The new version of the folder is the same size as the old one, and its permissions are the same, so I’m not sure why this fixed my problem, but I’m glad it did.