I was recently idly scrolling through the vintage Apple listings on eBay and came across something I’d never seen before: the Microloop 1100 Spirometer. 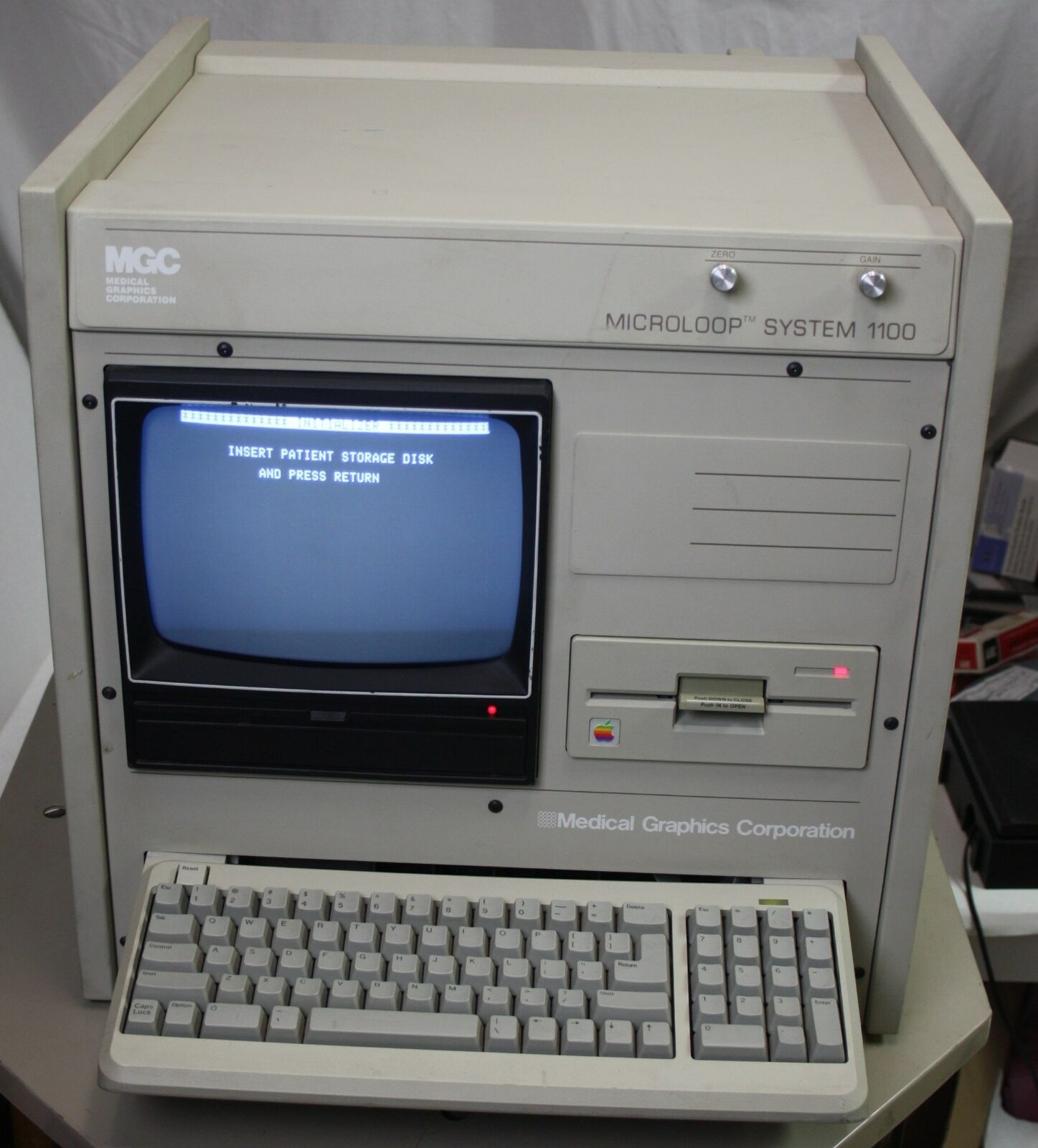 According to the listing, this beast hails from 1987 and is built around an Apple IIe and a 9-inch CRT, with some extra goodies:

This machine was crammed into a custom case and was hooked up to a spirometer, which is used to measure the volume and movement of air into and out of the lungs. This medical instrument interfaced with the Apple IIe via that 16-channel Interactive Structures A113-A card, which operated as an analog-to-digital converter for incoming data.

Finding more information about this machine online proved futile. I ran across this thread about it, but that was about it. At an asking price of $4,999.95, this blog post is as close as I’ll get to the Microloop System 1100 Spirometer.

I've been writing 512 Pixels for 12 years and would love your support for the next decade.
×