On this feedback episode of MPU, we revisit dictation, UUIDs, FileVault and the longevity of recent Mac hardware. Then, David talks about a new computer in his life and I rework my iPhone’s home screen.

For More Power Users, we shared a bit about our very first Macs.

This time on Flashback, my podcast with Quinn Nelson on which we talk about tech history:

In an effort to keep Microsoft from controlling the PC software industry, in the 1980s, IBM created OS/2, an operating system meant to give its computers a competitive advantage. Unable to do this alone, Big Blue turned to an unlikely company to help build it.

Get peace of mind knowing your files are backed up securely in the cloud. Start a free 15-day trial with Backblaze and get unlimited computer backup for your Mac or PC.

My thanks to Backblaze for sponsoring 512 Pixels this week, and for keeping my data safe and sound.

In 1974, his small New York-based design firm, Danne & Blackburn, was barely a year old and eager for a big project when he and his partner, Richard Danne, were approached by the Federal Graphics Improvement Program to rebrand NASA’s classic logo, which depicted a patriotic red chevron soaring across the stars. Known as “the meatball,” it wasn’t exactly cutting edge, instead evoking a vintage sensibility of space travel seen in science-fiction comics like Buck Rogers. With the eyes of the world suddenly upon the agency in 1969 after the moon landing, NASA wanted to embrace a modern image.

In addition to designing the worm, Mr. Blackburn worked on another big federal commission in the 1970s, creating the symbol for the American Revolution’s Bicentennial celebration. His design — a soft star composed of red, white, and blue stripes that combined a modern aesthetic with patriotic themes — was ubiquitous by 1976, appearing on everything from stamps to coffee mugs to government buildings.

While NASA switched back to the “meatball” logo in the late 1980s, the worm has shown up a bit recently and doesn’t seem to be going anywhere anytime soon.

Do not miss the Graphics Standards Manual, which dictated how the worm was to be used on everything from spacecraft and pickup trucks to patches and spacesuits.

Speaking of NASA, another one of Blackburn’s famous pieces of work adorned the side of the Vehicle Assembly Building for over 20 years before being painted over with — you guessed it — the meatball. 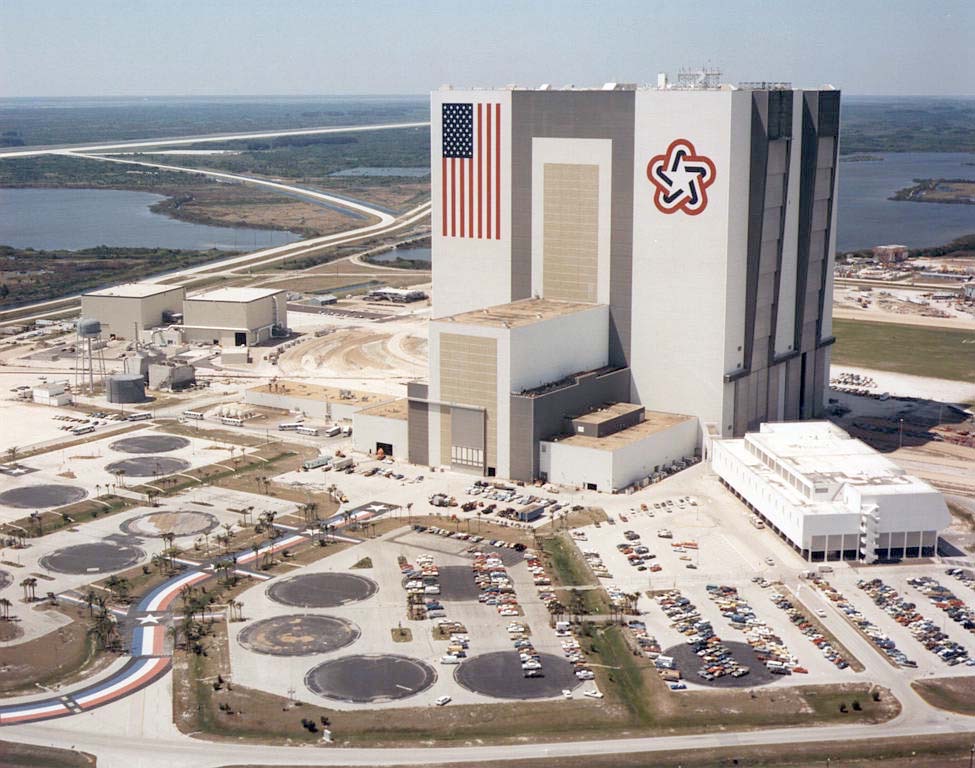 On a special episode of Liftoff, Jason Snell and I got to interview Ron Moore, co-creator, writer and producer of For All Mankind. Topics covered include the challenges writing for a parallel timeline and a bit about episode 1 of the new season after a spoiler warning is given.

This was a real joy to put together, and I’m excited to share it. Go check it out!

The Apple TV app comes to the $50 streaming device just in time for season 2 of For All Mankind to start tomorrow.

This week on the show:

Stephen refuses to be pigeonholed, Federico talks about how MagSafe could be used on new accessories and Myke doesn’t want to talk about folding iPhones, but then does. Also on the list of topics: failing Apple watches, #GreenGate and blankets.

On Connected Pro, the fight between Apple and users who want to customize their home screens is discussed, then a name of an old website is lost to time.

Apple released watchOS 7.3.1 on Monday, and it could help fix an issue that prevents some Apple Watch Series 5 or SE smartwatches from charging while in the battery-saving Power Reserve Mode. But even the software update might not fix the issue, according to Apple. If it doesn’t, the company will repair your watch for free.

To check if your Apple Watch is affected by this issue, place your watch on the charger that you normally use, then wait at least 30 minutes.

If your Apple Watch still won’t charge, contact Apple Support to set up a mail-in repair free of charge. Your watch will be examined before service to verify that it’s eligible for free repair.

This comes on the heels of a charging issue with some MacBook Pros. I’m sure they aren’t actually related issues, but what a weird set of problems.

While the MagSafe power adapter is designed to travel with your Mac notebook, some ways of using it can contribute to the fraying or breaking of cables. The MagSafe adapter, like any other metal wire or cable, is subject to becoming weak or brittle if repeatedly bent in the same spot. Follow these recommendations to reduce the likelihood of damaging the adapter.

I still really miss MagSafe. USB-C charging may be convenient, but it’s not as nice.

I got the chance to sit down and chat with Charlie Chapman on his excellent podcast, Launched. We spoke about 512 Pixels, Relay FM and our work with St. Jude.