When I mentioned that I was trying to do a weekly chart on Six Colors, Stephen Hackett suggested a few charts that he’d like to see—some silly, some serious. I’m not sure where this one falls. Stephen was curious about how many Macs were released, historically, per year.

It’s a complicated concept. My first thought was to chat all Macs that have ever been alive at any given time, but that would require a level of research that I am not able to do today. Instead, I decided to focus on release years, and scoured the Macs by year page at EveryMac.com to generate a list.

Jason went through and after removing things Mac clones, Newtons and Duo Docks, he came up with this: 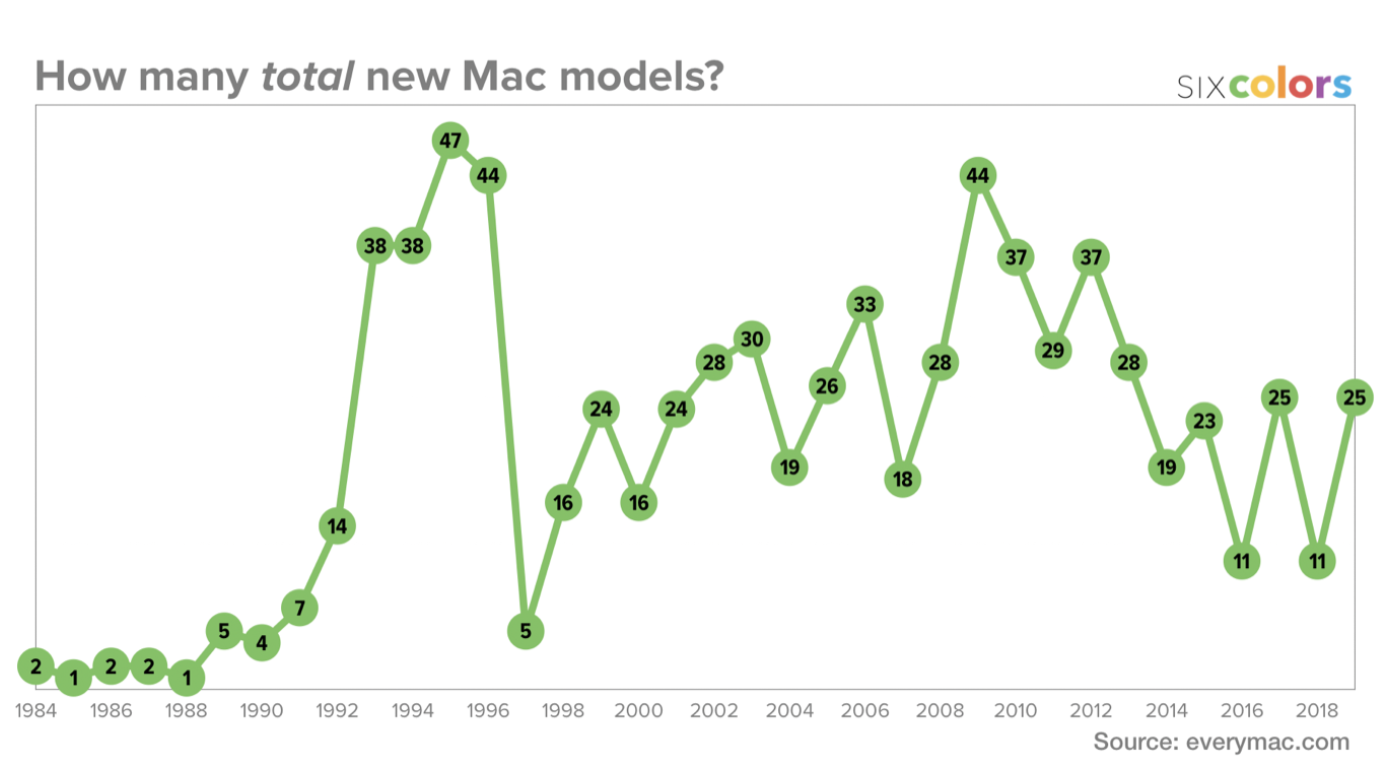