Wow, we are really moving along now! I’m back to report the winners of the quarterfinals:

As you can see, both Mac Pro models in the bracket lost out this round, as did the Power Mac G5 and the original Macintosh. Tough day for desktops, as there’s only one left in the fight: the Power Mac G4 Cube! 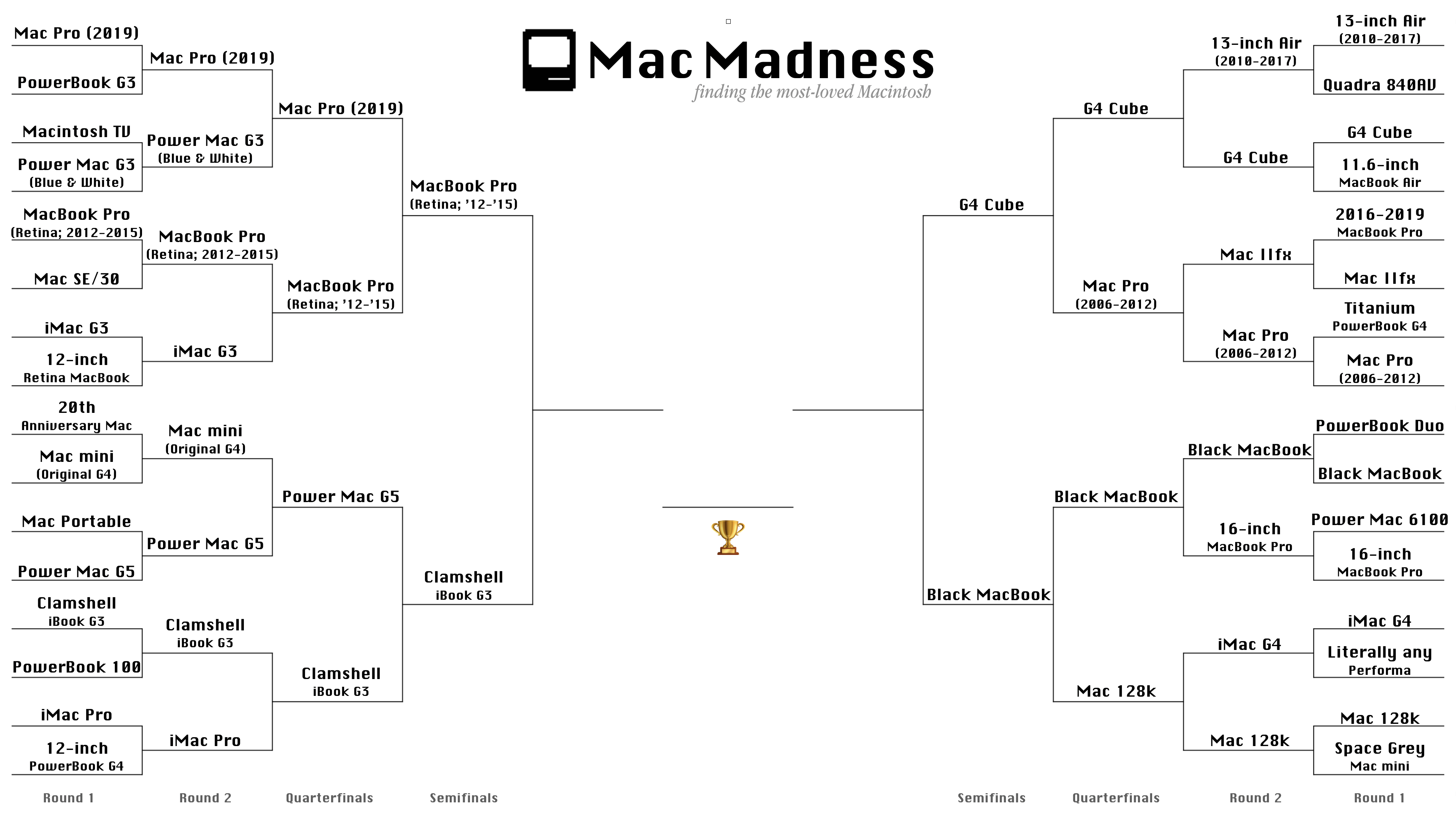 Go vote in the Semifinals now! Voting will close on Tuesday, March 31.

Raw Numbers for the Quarterfinals

Go vote in the Semifinals now! Voting will close on Tuesday, March 31.